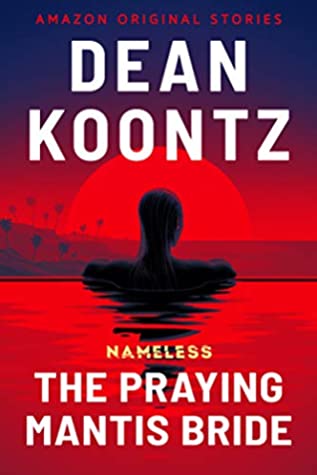 A deadly black widow has eliminated three husbands and counting. But Nameless knows her one weakness. To bring truth and its consequences to her crimes, the vigilante must spin a web of his own in part three of the Nameless series.

Lucia—current last name, Rickenbah—has made a fortune by marrying rich men who tend to drop dead. But the superstitious blonde believes in more than money and murder. Nameless’s job is to scare a confession out of Lucia, and as the psychological warfare escalates, even he may be in for a shock.

From #1 New York Times bestselling author Dean Koontz comes The Praying Mantis Bride, part of Nameless, a riveting collection of short stories about a vigilante nomad, stripped of his memories and commissioned to kill. Follow him in each story, which can be read or listened to in a single sitting.

In the Heart of the Fire (Nameless #1)

The Mercy of Snakes (Nameless #5)

The Town That Feared Dusk

Acknowledged as "America's most popular suspense novelist" (Rolling Stone) and as one of today's most celebrated and successful writers, Dean Ray Koontz has earned the devotion of millions of readers around the world and the praise of critics everywhere for tales of character, mystery, and adventure that strike to the core of what it means to be human.