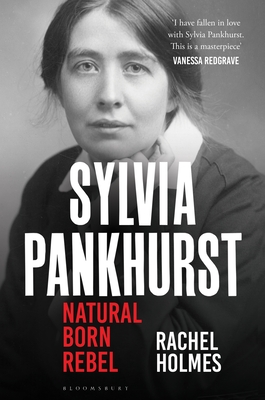 On the 100th anniversary of the 19th Amendment, the definitive biography of suffragette Sylvia Pankhurst-political rebel, human rights champion, and radical feminist ahead of her time.

Sylvia Pankhurst fought militantly for a woman's right to vote, inspiring movements around the globe. But the vote was just the beginning. A talented artist, a free-spirit, a visionary, Sylvia was seen as "wild," even by the standards of her activist mother and sister. She became a radical feminist, committing herself to the fight for reproductive rights, equal pay, access to welfare and education, and freedom of sexual expression. She converted her experiences of torture, imprisonment, and violence into a lifelong quest to champion human rights.

Encompassing both World Wars and lasting through the Anti-Apartheid Movement, Pankhurst's political life was international in scope; it included Irish independence, pacifism, the rights of refugees, and the fight against racism in Europe, the Indian subcontinent, and colonial Africa. Her United States lecture tours made headlines and connected her with both American feminists and the NAACP. She spent her life in dialogue, dispute, and resolution with Winston Churchill, Vladimir Lenin, Jomo Kenyatta, Haile Selassie, Harriot Stanton Blatch, and W.E.B. DuBois. And she wrote about it all, prolifically.

Rachel Holmes’ new book, Eleanor Marx: A Life is published by Bloomsbury on 8 May 2014, described by Golden PEN Award winner Gillian Slovo as “a dazzling account of a woman and her family, an age and a movement, that grips from the first page to the last.”