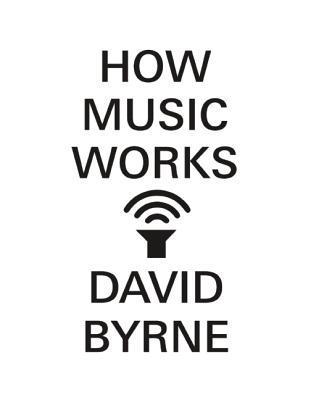 Best known as a founding member and principal songwriter of the iconic band Talking Heads, David Byrne has received Grammy, Oscar, and Golden Globe awards and has been inducted into the Rock and Roll Hall of Fame. In the insightful How Music Works, Byrne offers his unique perspective on music - including how music is shaped by time, how recording technologies transform the listening experience, the evolution of the industry, and much more.

The Rest Is Noise: Listening to the Twentieth Century

Rip it Up and Start Again

This Is Your Brain on Music: The Science of a Human Obsession

How Music Works: The Science and Psychology of Beautiful Sounds, from Beethoven to the Beatles and Beyond

Girl in a Band

What to Listen for in Music

The Rest Is Noise Series: Apparition from the Woods: The Loneliness of Jean Sibelius

A cofounder of the musical group Talking Heads, David Byrne has also released several solo albums in addition to collaborating with such noted artists as Twyla Tharp, Robert Wilson, and Brian Eno. His art includes photography and installation works and has been published in five books. He lives in New York and he recently added some new bike racks of his own design around town, thanks to the Depar