M. Christian is one of the acknowledged masters of erotica whose work is constantly selected for inclusion in the yearly "best of" anthologies including Best American Erotica, Best Gay Erotica, Best Lesbian Erotica, and Best Fetish Erotica. His stories have been collected in Dirty Words, Licks & Promises, Filthy, and Coming Together. M. Christian has also edited a distinguished line of anthologies on his own and with collaborators. His novels Running Dry, The Very Bloody Marys, Me2, Brushes, and Painted Doll were published to critical-acclaim. 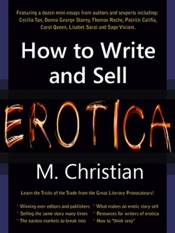