Imam `Ali, who was a cousin of the Prophet Muhammad, was the first man to accept Islam, when he was still a young boy, and for the next twenty-three years he was one of the Prophet's closest companions. Imam `Ali was constantly at the side of the Prophet, learnt from him, and also married his daughter Fatima. The Prophet said of Imam `Ali: 'I am the city of knowledge, and `Ali is the gate'.

Although a great many of Imam `Ali's sayings and letters were accurately remembered and recorded during  his lifetime, they have until now remained virtually inaccessible to the English-speaking world. "The Sayings and Wisdom of Imam `Ali" is a selection of this great man's recorded sayings – gathered together from authentic and reliable sources and arranged in easily accessible sections in Arabic by Shaykh Fadhlalla Haeri. These have been carefully translated into modern English, a great effort having been made to remain true to the intended meaning of the original Arabic text.

Imam `Ali possessed not only a profound understanding of the nature of existence, but also a deep and penetrating insight into the changeless condition of human nature. The clarity and relevance of Imam `Ali's words remain; therefore, as true today as when he first uttered them.

The sayings and wisdom of Imam `Ali transcend superficial differences, to reveal everlasting truths that can only serve to guide and illuminate the seeker and traveler on his or her journey through life, as clearly, constantly, and unerringly as the Pole Star.

Acknowledged as a master of self-knowledge and a spiritual philosopher, Shaykh Fadhlalla Haeri’s role as a teacher grew naturally out of his own quest for self-fulfillment.

He travelled extensively on a spiritual quest which led to his eventual rediscovery of the pure and original Islamic heritage of his birth, and the discovery of the truth that reconciles the past with the present, the East with the West, the worldly with the spiritual – a link between the ancient wisdom teachings and our present time.

A descendant of five generations of well-known and revered spiritual leaders, Shaykh Fadhlalla Haeri has taught students throughout the world for over 30 years. A prolific author of more than thirty books relating to the universal principles of Islam, the Qur’an, and its core purpose of enlightenment, he is a gifted exponent of how the self relates to the soul, humankind’s link with the Divine, and how consciousness can be groomed to reflect our higher nature.

The unifying scope of his perspective emphasizes practical, actionable knowledge that leads to self-transformation, and provides a natural bridge between seemingly different Eastern and Western approaches to spirituality, as well as offering a common ground of higher knowledge for various religions, sects and secular outlooks.

Zahra Publications’ other eBooks are listed at http://www.zahrapublications.pub. 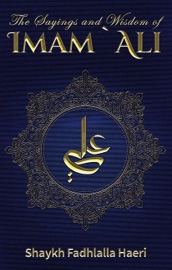