Krista has settled into her new job in L.A. gloriously, moving up the ladder and earning a great reputation for herself. But since she and Sean parted ways, she has felt like half a person; a shell of the girl she was when she left San Francisco. It isn’t until her job takes her back to San Francisco that she sees him again, the one that got away. It’s like looking into her soul as she meets those startling green eyes again. She realizes, without a doubt, that she still loves him as much as she ever did.

Sean has spent the last couple years working like a demon, achieving and reaching for the stars, but with nothing to look forward to. He let his salvation walk away, and let his own fears and problems keep him from going after her. When he meets her again he is plagued with his love for her, thinking that she has moved on. When he finds out she still loves him, he decides to make matters right, and finally go after her.

It isn’t until the two are working together again that they realize true love is a winding road that comes at a cost. Sean and Krista will not only struggle with trust and obstacles to be together, they must face the landscape of the company they now work for, an establishment that promotes men over women, and that threatens to pigeonhole Krista from the get-go. It will take the two learning to fight together again to overcome and triumph. True love isn't easy, but when it's earned, it's forever. 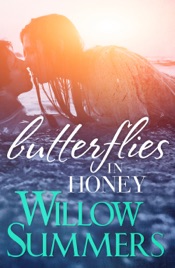