Members of Parliament are murdered crossing Westminster Bridge, in the New York Times–bestselling series set in Victorian London: “A sterling performance” (Library Journal).
In the few minutes it takes to cross Westminster Bridge, Sir Lockwood Hamilton has his throat slit and is tied securely to the lamppost with his evening scarf. The killer then vanishes without being seen. Inspector Thomas Pitt thinks the motive might have been personal . . . or political. When a second Member of Parliament is murdered in the same way, politics appear to be the reason. Soon the suspect list includes anarchists and suffragettes. Public outrage mounts and fear grips London and Parliament after a third lamppost murder. Deep in his end of the investigation, Pitt must rely on his wife, Charlotte, and Great-aunt Vespasia to explore the drawing rooms of the upper class for clues to the mystery. With burning social issues swirling around them, the three of them must solve the case before another MP falls victim to the Westminster cutthroat. 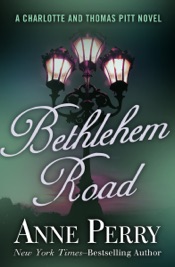