Although most of The Jungle Book is set in India - where Rudyard Kipling spent much of his early life - he actually wrote this beloved story collection in Vermont. The most famous of the book’s seven stories feature Mowgli, a boy raised by a wolf pack and mentored by head wolf Akela, who teaches his human charge to survive and even thrive in the jungle. But when Mowgli eventually finds himself in human company again, he’s treated as an outsider and feared for his differences. Eventually, Mowgli uses his experiences to try and help the villagers and the animals co-exist in peace.

Many people got to know The Jungle Book through the Disney adaptation - and the story’s messages continue to be relevant today. More than just an all-ages adventure tale filled with talking animals, Kipling’s classic is a metaphor for acceptance and a touching exploration of themes of revenge, loyalty, and family. 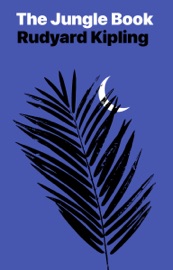