Seven years ago, an accident claimed Liam Quinn's pregnant wife. Strangled by the pain and memories, he left the family ranch with no plans to ever return…until the one person who matters most to him, his twin brother, texts that he's getting married. Liam can't hide from his past any longer.

Not even after leaving the city following a narrowly-survived home invasion has Savannah Moore felt safe again. She hates what she's become…the kind of person who jumps at every shadow. Then again, maybe it's more than her imagination lurking. 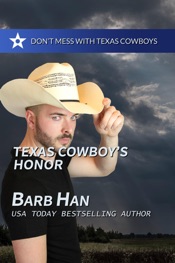