This carefully crafted ebook is formatted for your eReader with a functional and detailed table of contents.
Excerpt:
"If I could, I would begin this book by telling you what Life is. But unfortunately I do not know what Life is. The only consolation I can find is in the fact that nobody else knows either. We ask the churches, and they tell us that male and female created He them, and put them in the Garden of Eden, and they would have been happy had not Satan tempted them. But then you ask, who made Satan, and the explanation grows vague. You ask, if God made Satan, and knew what Satan was going to do, is it not the same as if God did it himself?..." (The Book of Life)
Upton Sinclair (1878–1968) was an American writer who wrote nearly 100 books and other works in several genres. Writing during the Progressive Era, Sinclair describes the world of industrialized America from both the working man's point of view and the industrialist. He has also won the Pulitzer Prize for Fiction in 1943. 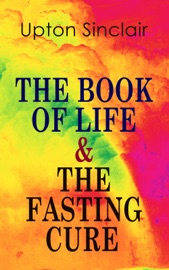